The amazing Yawanawa tribe journey in the amazon, Brazil 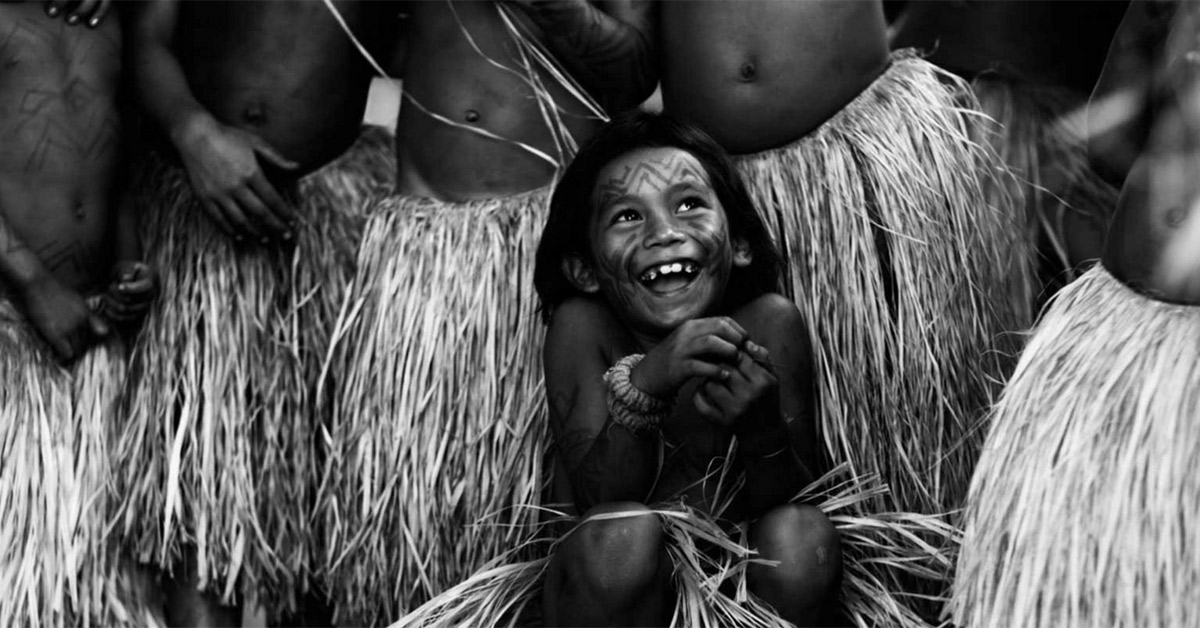 The amazing Yawanawa tribe journey in the amazon, Brazil

A core principal of IBIZALIVING ´s activities are ongoing GOOD CAUSE INITIATIVES. The professional knowledge, inspiration and overflow of creativity of this team are the base for projects that make this world a better place.

In summer 2018 a unique opportunity came up. A chief of an indigenous tribe from the heart of the Amazon Basin was in search of an architect. When IBIZALIVING´s architect; Bernhard Rustige, heard about this story, he knew immediately that this was a chance to give credit to one of the most important ethical values of the company: taking care of Mother Nature and showing gratitude and respect

Through completely unexpected circumstance the connection was made, and Bernhard travelled into the Amazon basin of Brazil to meet NIXIWAKA, Chief of one of the eight existing Yawanawa peoples ‘villages along the riverbanks of Rio Gregorio in the State of Acre.

Hidden from mainstream society´s attention, an amazing movement has been taking place over the last 30 years within the surviving indigenous peoples of the Rainforest. Many of them, at the eve of extinction, remembered their old traditions and routs, freeing themselves from a century of slavery through the Rubber Barons and the intended complete destruction of their culture through the missionaries. Only after the end of Brazilian Military Rule in1988, due to a new constitution and laws, the Brazilian Federal Republic slowly started to support and protect the rights of the indigenous peoples through the government organization FUNAI (Fundaçao Nacional do Indio).

NIXIWAKA, one of the spiritual and political leaders of the YAWANAWA tribe did put all his effort to secure the legal ownership rights for his people within the Rio Gregorio Indigenous Territory. The tribe meanwhile safeguards roughly 200.000 hectares.

NIXIWAKA has guided his tribe through a period of rebirth, where they had been down to under one hundred people and now, they are back to more than one thousand living in eight villages along the river. They are always in packs and never alone, they love to sing and dance, as this is their tradition and the center pillar of their rituals. The real blessing for the Yawanawa’s hard but successful fight for survival was the presence of two men, who lived more than a hundred years: Yawa and Tata. They were the wisdom holders that safeguarded all the knowledge of the tribe from the times before the contact with the white man ever was made. 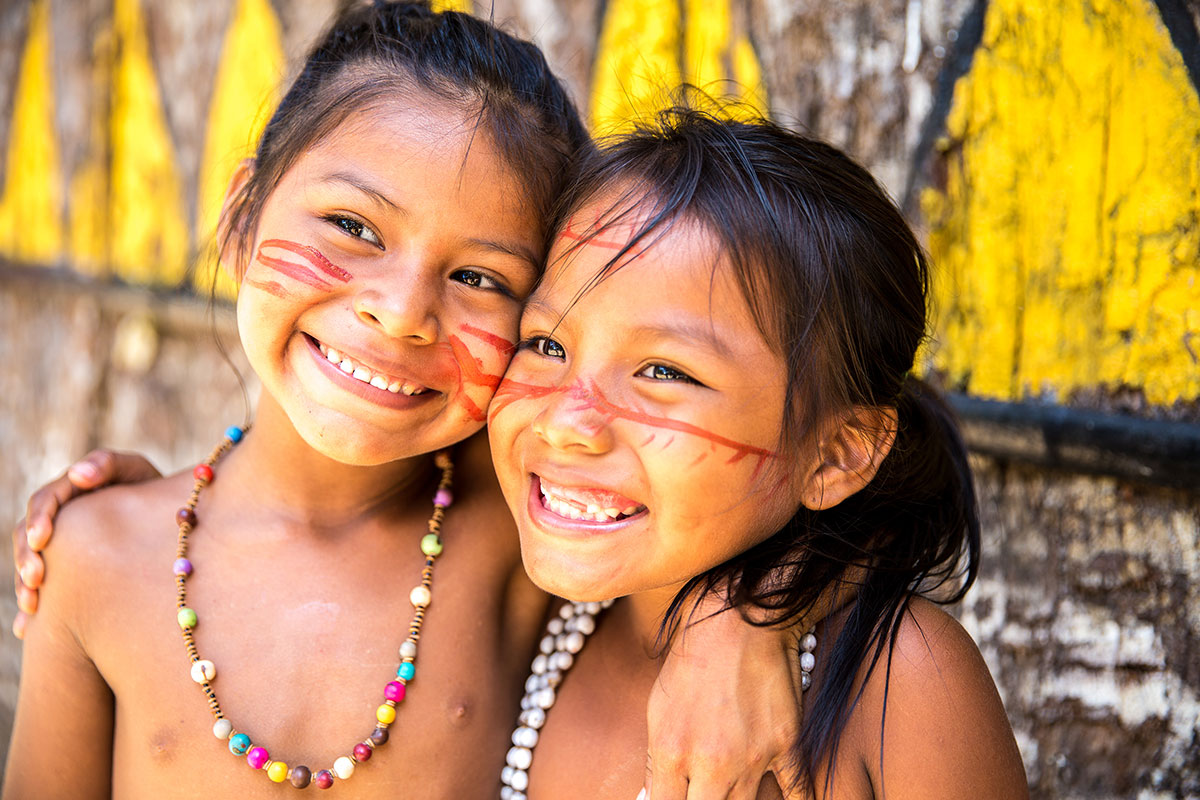 The young people started to regain pride and self-esteem about their traditions and identity, the access to the source was still open. The Yawanawa people again sing their ancient songs, the old legends about their genesis are told around the fires and most important, the knowledge about the use of the ancient plant medicines is reactivated.

The treasures of the forest and the transformative powers of the plant medicines used in the reborn old rituals have attracted many visitors from technological societies to reconnect with life and nature on a deeper level. After more than a century of suppression, enslavement and economic marginalization, finally it is the time for respectfully change and learn from each other.

The YAWANAWA people open their village Nueva Esperanza ‘New Hope’ for the YAWANAWA –Festival since 2002, which was a milestone in the history of Amazonia: the tribes started to join forces again. Through sharing their songs, games, traditional food and sacred rituals, they strengthen their own identity and rights, and at the same time they are blessing the foreign visitors with their ancient connection to the rainforest and existence as such.

As long as the tribes defend their land, the Amazonian Basin is protected. Their survival is deeply linked with the survival of the planet. Protecting their cultures from extinction grants the healthy continuing of our civilizations.

NIXIWAKA’s vision is to create a meeting point of the cultures on the core-spot of the tribal territory. Adelia Sagrada – Sacred Village, the place where they lived, when the Missionaries arrived and where their ancestors and spiritual leaders are buried…meanwhile also Tata and Yawa…

Bernhard offered his help as an architect to recreate Aldeia Sagrada as a place where foreign and tribal people can live together. He is designing a plan for a SHUHU, a big temple where the rituals and meetings are held, communal spaces such as kitchens and bathrooms and a whole new village. The design team was completed with two other architects, the Brazilian architect Bruno Azevedo, Bio Habitat from Belo Horizonte and the English architect Thomas Peto, Inner Sphere from London. Due to their knowledge about sustainable materials and advanced ecologic technologies they are the perfect architects for this environmental highly delicate project. The spiritual leaders of the village thankfully also excepting their advices on Sacred Geometry, acknowledging that this ancient principal do support their spiritual work in a powerful way. NIXIWAKA’s vision has become a new explosive power, as if he had foreseen it. 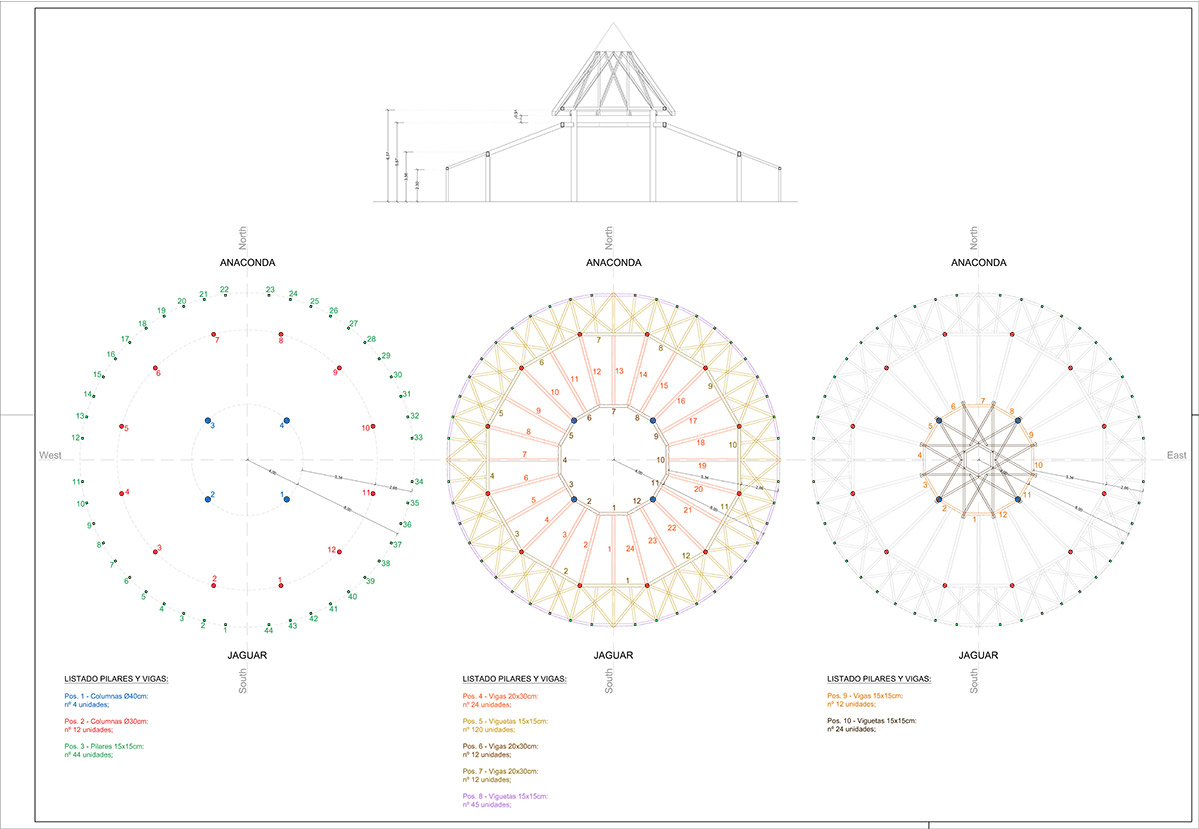 In Summer 2018 Brazil voted a new President. Jair Bolsonaro already during the election campaign claimed that the indigenous peoples will not keep one centimeter of their protected territories and all of it will open for industrialized agriculture. All achievements of a 30 years liberal Democracy might be exterminated in a short while and indigenous and environmental rights are under attack. The YAWANAWA are at risk to lose all they had been fighting for in the last 35 years.

The meeting of the cultures is more important than ever. The Amazonian tribes need millions of voices in their back, to be heard and protected. The reconstruction of ALDEIA SAGRADA on the old grounds will create countless friendships and spread the consciousness about the importance of this guardians of the rainforest.

The rebirth of Aldeia Sagrada is depending on Fund raising. If You care about the survival of indigenous and uncontacted tribes, the protection of the Amazon Basin and the future of your children please support NIXIWAKA and the YAWANAWA PEOPLE.

IBIZALIVING offers support to the YAWANAWA project through the design of their sacred temple and the diffusion of this cause around the globe and the raising of donations.
If you wish to make a donation, please contact us.

Be the change you want to see. 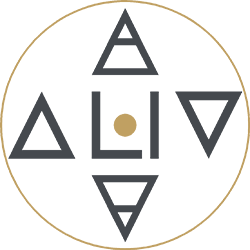